Explore an eccentric and flamboyant 4 Star Luxury hotel in Dalhousie where you will get royal experience. Indraprastha Resort Dalhousie is proudly appreciated as the Best Hotels in Dalhousie. Here tourist will find the destination in the valley of nature. One can feel the new meaning of luxury in a fresh built Indraprastha Hotel which is located at the center of Dalhousie town. Indraprastha Resort Dalhousie has the facility of modern architecture which is designed to provide you extreme comfort and relaxation. Here the guest can choose their choice of deluxe rooms and royal amenities which make them feel like a home. There are family suite and fully furnished guest rooms that are alluring and aromatic for guest. Indraprastha Resorts and Hotel is a marvelous choice of vacation for travelers. All the facilities provided by Indraprastha resorts are awesome and world class.

Indraprastha Resort Dalhousie, provide high class hospitality and care for their guest. It is truly considered as the most recommended 4 star hotel in Dalhousie in the state of Himachal Pradesh. This hotel is a real blend of advanced facilities and luxurious infrastructure. And the best thing about Indraprastha resorts is that it is set up in the lap or nature. Indraprastha Resort in Dalhousie has always been a favorite for business traveler, domestic tourist, and foreigner tourist. The beauty and architecture is very exclusive and impressive here which makes it special. Tourist gets easily attracted to this hotel because it has already made a glorious impact on tourist’s mind.

Dalhousie is the favored destination in the region of Himachal Pradesh. There are five other hills exist in this hill station which are named as Patreyn, Tehra, Bakrota, Kathlog and Balun. The environment of Dalhousie is just incomparable because people feel relax and comfortable here. Indraprastha Resort and Hotel adds beauty in it. It reflects the natural essence and cultural value of Himachal Pradesh. We are glad to announce that Here you will get Affordable guest house in Dalhousie. Booking online hotel is also available. So and get the actual definition travel, nature and enjoyment in your life. You have great chance to feel the spirit of nature and tourism fantasy. 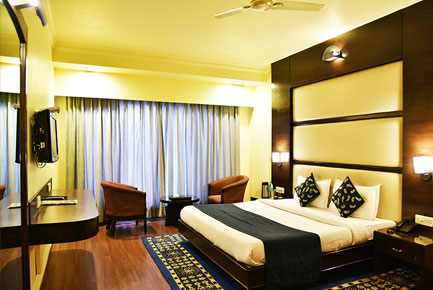 The Deluxe Rooms at Indraprastha Resort, Dalhousie,offers an affordable accommodation without compromising on standards. The rooms are spacious. The room is equipped with LED TV with an active satellite connection and also features a tea & coffee machine. We offer free Wi-Fi and 24-hours room service. There's no view from this room type. 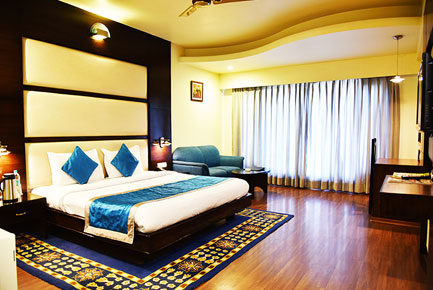 At Indraprastha Resort Dalhousie the super deluxe room facilities are also available where we take care of all the expectations and requirement of our clients. Here in our super deluxe rooms you can get the traditional decoration with the facilities of AC Rooms with Heating and Cooling System, Wi-Fi Internet Access, Hot Water, Television, Tea & Coffee Maker, Mineral Water Bottle, Wardrobe, Bathrobe & Bath Slippers, 24-hours room service etc. We are the luxurious providers of super deluxe room in Dalhousie. 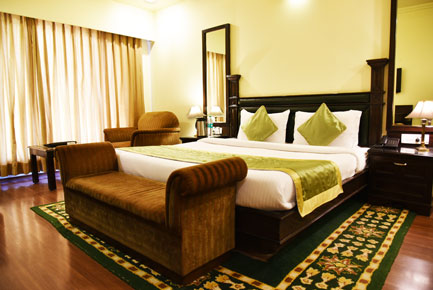 Indraprastha Resort Dalhousie suite rooms are designed with latest architecture which has the rare combination of modern technology and traditional architecture. We have standards rooms that have extended beauty and looks. The color and design in our suite will mesmerize our guest because we are here to provide you high class hospitality so that you will feel like living in a palace. The suite also features high-speed Wi-Fi, 34 inch LCD TV and 24 hours room service. 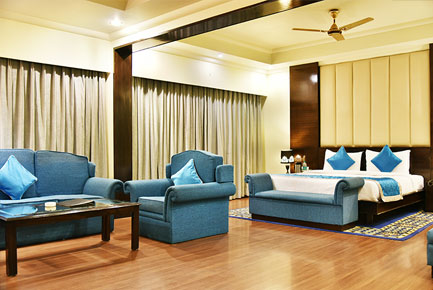 Indraprastha Resort Dalhousie Maharaja Suite is originally inspired by palaces of Rajasthan which has a rich culture in traditional architecture. It has extravagant living and dining rooms, bedroom, attached bathroom and a scenic visual from a roof terrace. Here the kitchen and dining room is designed which please or guest.

Dalhousie is a scenic hill station located in Himachal Pradesh which is spread over 14 sq.km and it is surrounded with five hills including Balun, Moti Tibba (Old name Tehra, Kathlog, Bakrota and Portreyn. It was beatified in the age of British Empire in India. Dalhousie is located between 6000 and 9000 feet upward the sea level. There is no doubt that Dalhousie has been considered as the most liked hill stations among all tourist lovers whether they are Indian or foreigner. It was established in 1854 and is named after the British Governor General Lord Dalhousie. It has the old essence of British Raj where one can get the architectural and cultural heritage of that time.

Hotel Indraprastha Resorts Dalhousie, is a best & top luxury hotel in Dalhousie Himachal Pradesh (India). A newly constructed hotel with four Star facilities this hotel provides a tranquil retreat amid spectacular landscape. A preferred destination for business travellers and tourists our hotel is also a mere 100 meters walk from the bus stand and is located in the heart of the city. for the convenience of our costumers our resort provides two entrances with individual front offices.

Hotel Indraprastha Resort is recommended as the best hotels in Dalhousie which are surrounded by beautiful hilly area. The pleasant weather and scenic beauty edify your tour and you will enjoy a lot there. Dalhousie has preserved its natural beauty when we see that the mountain around the Dalhousie are covered with Devdar, Firs, Pine oak a different other herbs and trees. Here are the forests near the hotel where you can enjoy the jungle safari with all required security. Explore the wildlife here including brown bear, leopard and many more. Dalhousie has attracted so many renowned personalities in the world including Tibet Spiritual Guru Dalai Lama, famous Writer Ruskin Bond, Gurudev Rabindra Nath Tagore, Jawahr Lal Nehru, Netaji Subhash Chandra Bose and many others. Read more

What our client say

I alongwith my family went to Dalhousie for 4 days trip. We had stayed in Indraprastha Resort which was booked by GOVAN TRAVELS, New Delhi. Hotel staff was very nice and cooperative. Their service was excellent and the food was very tasty and awesome. We had a beautiful view from our resort which added to our excitement.Navniti Kapoor